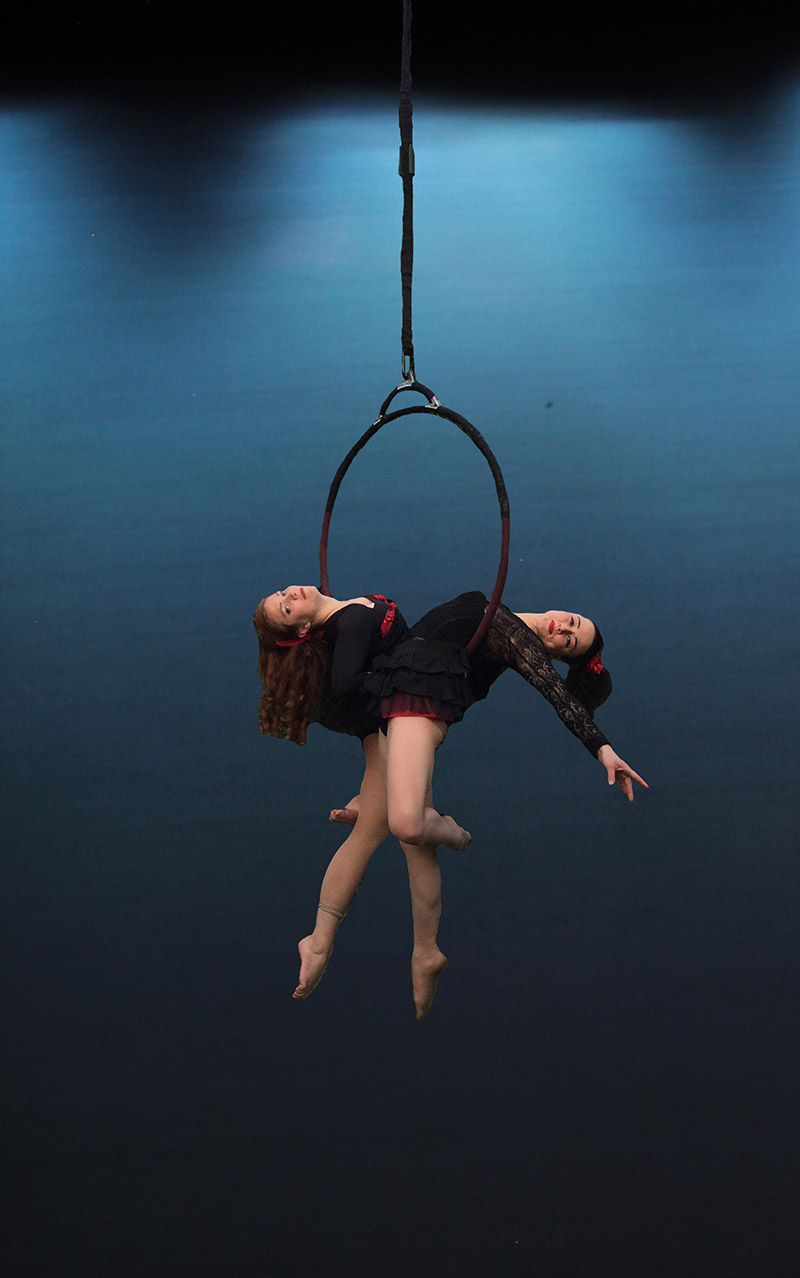 Vaudeville Circus has been around longer than Kim Kardashian was married to Kris Humphries, but not long enough for Taylor Swift to write a breakup song. Laura Rensing and Ginger Marion met while taking classes at The Aerial Classroom. After Laura accidentally punched Ginger in the eye during rehearsals for Snow White, they realized they were an explosive combination. Since then, they have become amazing friends and training partners, and they never, ever, ever, ever fight. Ever.

Laura and Ginger both have an exuberant performing style that combines theatrical storytelling, dynamic aerial moves, and a sense of humor. They share a love of bringing characters to life and are constantly experimenting with new ways to tell stories through movement. Ginger has been training for two and a half years; Laura has been training for two years. Though both have strong dance and performing backgrounds, they took different paths to the circus. Ginger was inspired by watching P!nk’s performances and jumped at the chance to take a class. She quickly fell in love. Laura was dragged to her first class by a friend and hated it—she couldn’t even climb—but after seeing a production of Peter Pan that used aerialists as mermaids, Laura saw the potential and now spends as much time as she can in class and in open gym.

Ginger has performed since the age of four. Growing up, she trained in jazz, ballet, gymnastics, hula, Tahitian dance, and hip hop, as well as in singing and acting at the Stella Adler School in Los Angeles. In her spare time, she makes awesome vegan cakes. Laura is multitalented (or maybe just indecisive) and you can find her performing in theaters throughout the Los Angeles area. She is also a Managing Editor of the Literary Journal Exposition Review and a member of several dance companies. By day, she works at MySafe:LA, a nonprofit where she hopes to save the world, or at least stop it from burning down so quickly.

Both Laura and Ginger were chosen as finalists in last year’s Circus Star and have performed in full-length shows put on by The Aerial Classroom. Ginger wowed audiences as the Wicked Witch in Snow White, and Laura recently portrayed Pandora in Pandora’s Box. 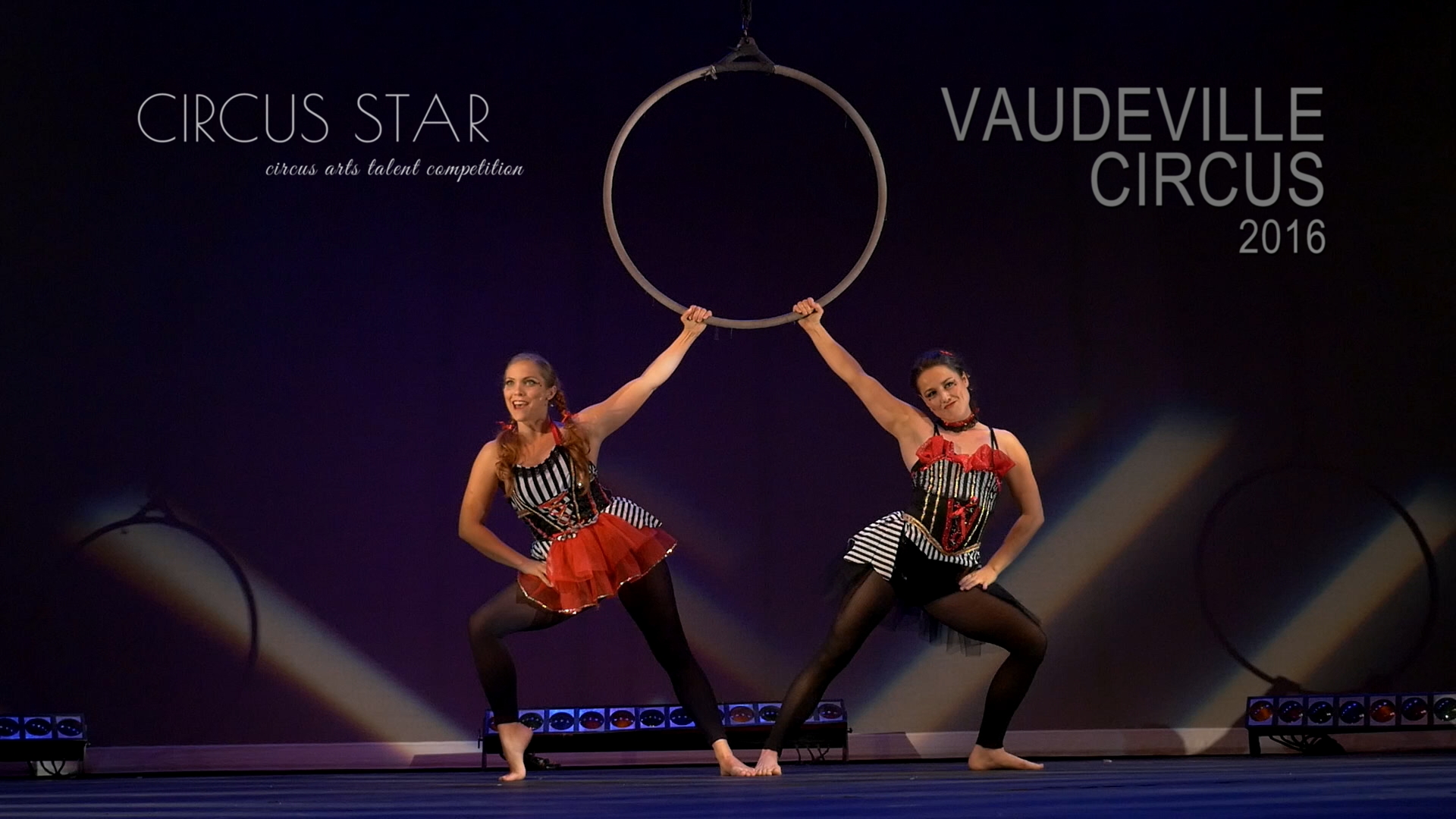