With a powerful and intense aerial straps act last year, it was no surprise that Sai’len Jaeger captured the judges’ and audience’s votes as our first-place winner for Circus Star 2015. Following Circus Star 2015, Sai successfully auditioned for Cirque du Soleil, earning a coveted spot in the database. He moved from Reno to Las Vegas, where he calls L’Oracle Las Vegas his current training home. Sai will again grace the Circus Star stage as our opening number for Circus Star 2016.

Sai is no stranger to performing. His first performance was as part of a juggling act when he was six months old. (He was the ball!) Sai has been performing in aerial arts for over two-and-a-half years. In addition to aerial arts, Sai won 2nd place in the 2015 PSO National pole dance championship. He trained in martial arts for 10 years and theatre for 3 years, and he has done comedic improvisation off and on for several years. He also sings classical, jazz, country, and Irish folk music. 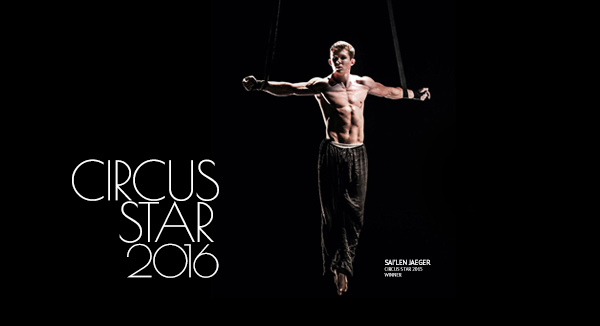