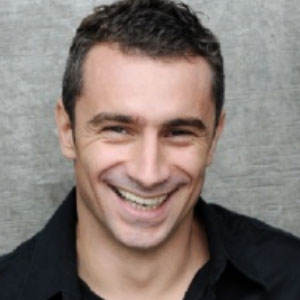 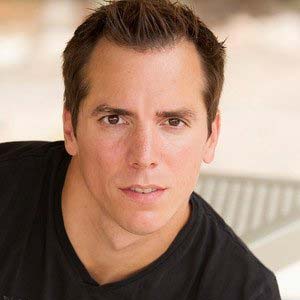 Julien Panel has been doing high-level artistic gymnastics for more than 15 years. With nine years of Cirque du Soleil stage experience under his belt, Julien joined the Las Vegas Casting team as Head of Casting and Advisor – Resident Shows. 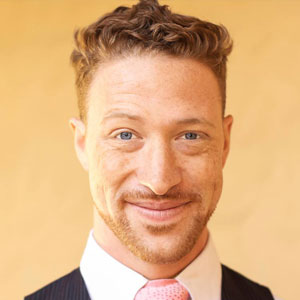 A visionary in creative movement, Seb’s illustrious career spans the globe. In Las Vegas, he was a cast member of Cirque du Soleil‘s brilliant, water-bound production, “O.” He also choreographed stunts for and appeared in Cher‘s crowd-pleasing “Laverne” video featured in her Las Vegas extravaganza, “Cher at the Colosseum.”

Seb was pop superstar P!nk‘s trainer, performing partner, creative guru and all-around protector for her phenomenally successful Funhouse Tour. The yearlong event, which presented 160 shows in 18 countries, featured daring circus stunts and extreme acrobatics (most created and performed by Seb), the likes of which the international pop audience had never seen.

He worked with Britney Spears on her Femme Fatale Tour (and for whose “W*rk Bitch” video he did action choreography and stunt coordination) and Katy Perry, with whom he performed an aerial routine for the 2012 Billboard Awards. The many commercials for which he has provided choreography, stunt coordination, and/or direction include P!nk’s 2012 CoverGirl spot.

As a celebrity judge on the hit French talent show, TF1’s “The Best” (“Le Meilleur Artiste”), and the new British celebrity gymnastics series, BBC’s “Tumble,” Seb has gained a reputation as a keen evaluator of talent. Seb was ranked #3 out of 50 most prominent French people in the United States by America’s largest French-language magazine France-Amerique. Learn more about Seb.

Julien Panel comes from Orléans, France. He has been doing high-level artistic gymnastics for more than 15 years and was a member of France’s junior team. He won numerous national titles at the elite level and took part in the first Youth Olympic Games in Moscow in 1998. He also has a degree in Science and Techniques of Physical and Sport Activities from the University of Orléans.

After a short stint at the ESCP Europe Business School in Paris, Julien decided to embark on an adventure, taking part in the creation of “Corteo” by Cirque du Soleil as an artist in the Tournik act. After touring North America for four years, he took part in the creation of the new resident show “Viva ELVIS,” in Las Vegas. He was acrobatic captain for the high bar act. In 2012, he became an acrobat on “LOVE.”

One and a half years later, with nine years of stage experience under his belt, Julien joined Cirque de Soleil’s Las Vegas Casting team. Learn more about Julien.

Cheetah Platt has performed worldwide with companies such as Cirque du Soleil and Disney and television programs like America’s Got Talent. His 2015 round-the-world acrobat wedding went viral, leading to interviews with a number of international news programs, sites, and publications, such as CNN International, Good Morning America, Buzzfeed, People, Daily Mail, Yahoo, and many more.

Cheetah has garnered international acclaim and recognition for his performances with his all-original family show, The Platt Brothers, which has toured all around the world and won titles of “Best Live Comedy” and “Best Family Entertainment.” Cheetah and his brothers have been featured on international television programs and theaters worldwide with their original brand of family-friendly comedy and entertainment.

In 2012 Cheetah was inducted into the Dance Extreme Hall of Fame. Cheetah is a USASF-certified international dance judge and has served on national championship panels for the US, Mexico, and the UK. He has also been a member of the judging panel for the USASF World’s competition for four years in a row, scoring national teams from over 73 countries. His reputation as both an artist and instructor had garnered international attention and demand for his workshops, choreography, and teacher trainings. Cheetah is all the owner of Aerial Essentials, an aerial equipment provider. Cheetah loves the world of aerial arts and is honored to work with The Aerial Classroom on their premier competition. Learn more about Cheetah.