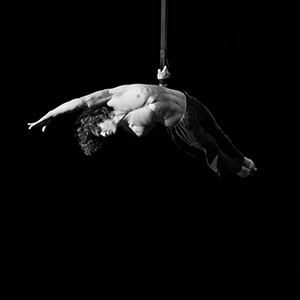 Sai’len Jaeger is an aerialist with Odysseo by Cavalia, performing on aerial hoop and straps.

Sai captured the judges’ and audience’s votes as our first-place winner for Circus Star USA 2015. Following the competition, Sai successfully auditioned for Cirque du Soleil, earning a coveted spot in the database. Soon after moving to Las Vegas, he appeared in a Britney Spears video, then took a contract with Le Cirque Bijou on Norwegian Cruise Line. Currently, Sai is on tour with Cavalia Odysseo, the largest touring production in the world. 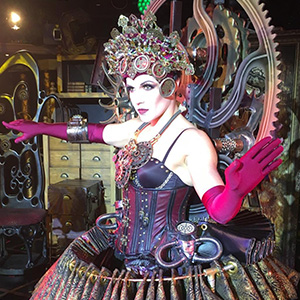 Rachel Gauthier is a multi-dimensional aerialist and stunt woman based out of Quebec City, QC. Rachel graduated from the world renowned École de Cirque de Québec and competed as an acrobatic fitness athlete before embarking on a three-year tour with Cavalia’s Odysseo where she was part of the aerialist and trick riding team and was featured as a soloist on the aerial hoop. In 2016, her Dawn of Life act on aerial hoop was awarded 2nd place overall winner at Circus Star USA. 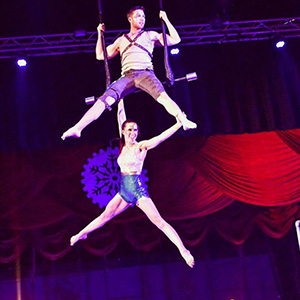 Ashley and Steven are duo trapeze artists based in San Diego, CA. From their first performance together, they realized their goals and passion for the circus arts were similar, and a natural partnership was formed. Following an impressive winning performance at Circus Star USA 2016, Ashley and Steven went on to take contracts for Six Flaggs Magic Mountain’s Kwerkmas holiday show, followed by Sea World’s Cirque Electrique. Steven also performed in “In The Va Va Voom Room,” a contemporary burlesque show in the nation’s third oldest LGBT theater. 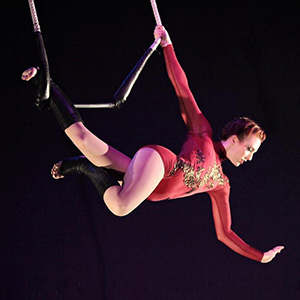 Zoe Irvine was a finalist and audience favorite at Circus Star USA 2016. Currently, Zoë is a performer with Astraeus Aerial Dance Theatre, which was recently selected as artists in residence for a six-month program at the San Diego International Airport. The troupe has also won multiple awards over several years at the San Diego Fringe Festival, including “Outstanding World Premiere Performance” and “Outstanding Circus or Aerial Performance.” In 2015, she performed dance trapeze at the Montréal Complètement Cirque, an annual international circus festival, and in 2014 she was the static trapeze finalist for the Denver Aerial Acrobatic Arts Festival.

Zoë is a board member of the Circus Collective of San Diego, a collaborative circus group dedicated to creating original circus theater, and she volunteers for the national non-profit foundation Circus Now as a member of the Women & Circus team.

Repost from @circusstarusa 🎪🌟❤️ Thank you for featuring me!! 🙏🏻😘------- It's impossible to watch this stunning performance by @_rachelfly just once!👁👁👁 To see the rest of her act, check out 👉 http://circusstarusa.com/performers-2016/

It was so cool (and a total surprise!) to be featured in this "Life After Circus Star" video. Thank you to @circusstarusa because this competition helped launch our professional career! Many thanks to @madormawilliams @julienpapatte and Sebastian for all of your valuable feedback and encouragement! . . . #trapeze #duotrapeze #aerialistsofig #liquidgrip #partners #fitness #performance #circusstar #circusstarusa #circusstar2016 #circusinternational #circusaroundtheworld #scary #spooky #dramatic #theater #halloween #ghoul #california #mydayinla #northhollywood

Astraeus Aerial Dance Company had a great day of performances as we kick-off our residency at the San Diego International Airport. There will be much more to come in the next few months. We are so grateful to be recipients of this grant! #artsandculture #astraeusaerialdance #SAN #airportart #sandiegoart #sitespecific #immersivetheatre #SANart