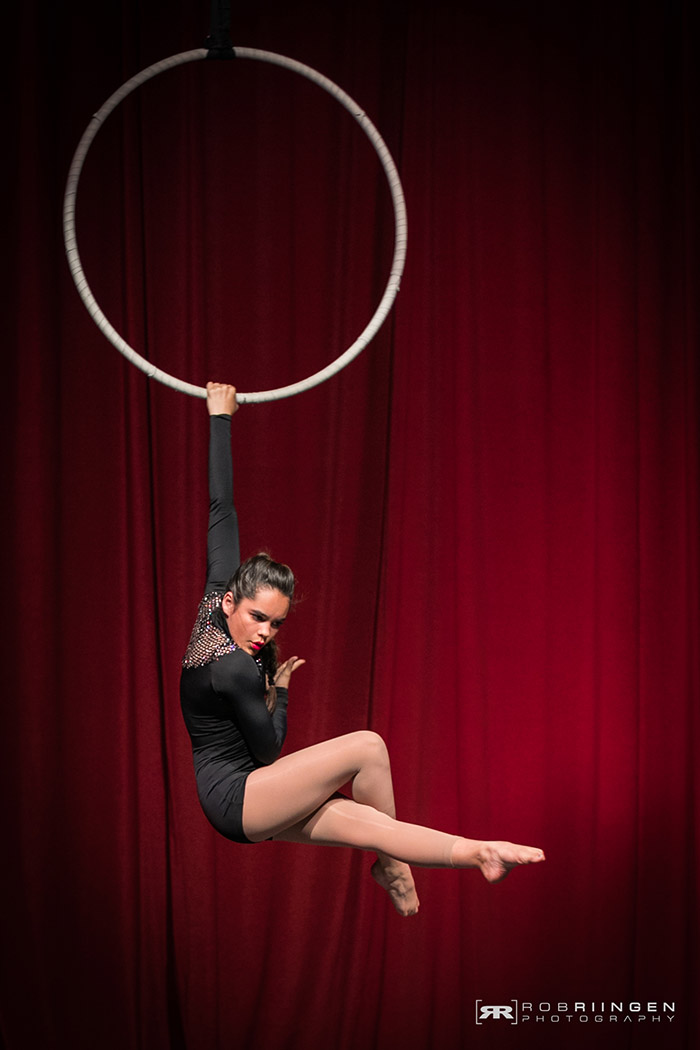 At age 13, Angelina Solis already has four-and-a-half years of aerial experience on lyra, hammock, silks, trapeze, and spansets. Angelina heard about aerial arts through a friend who suggested she try a class; she’s been training ever since.

In 2016, Angelina took her training to the next level and entered into the competition circuit. She took home third place in the Open Apparatus, Ages 7-17 Division at the West Coast Aerial Arts Festival. She returned to the West Coast Aerial Arts Festival in 2017 and placed first in the Lyra, Ages 7-12 Division. Earlier this year, she decided to compete in multiple divisions at the Viva Fest in Las Vegas where Angelina placed second on Lyra, Ages 13-14, and first on Hammock/Spansets, Ages 9-13.

Her achievements in aerial arts festivals have shown her that all the hard work and many hours spent training have paid off, and she is excited to show off her skills and compete for a winning spot in front of the audience and judges at Circus Star USA 2018.