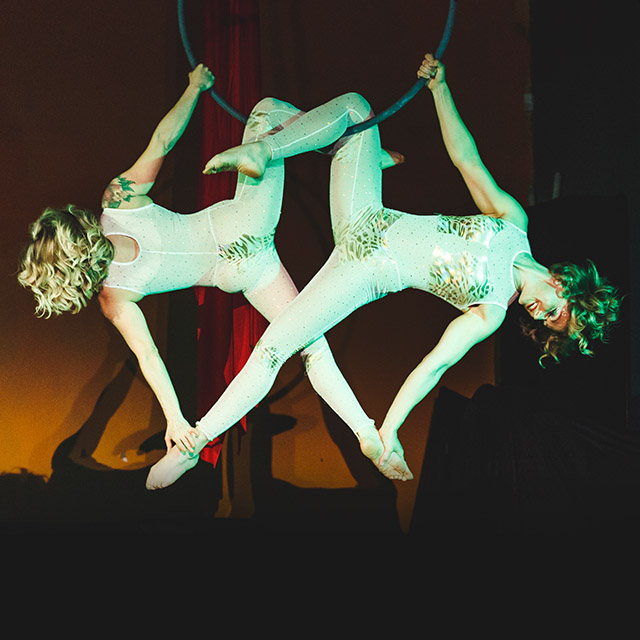 Corey Souza is owner and operator of S-Connection, LLC and artistic director of S-Connection Aerial Arts and AscenDance. With a background in contemporary dance and choreography, Souza holds a PhD in cultural anthropology with a focus on performances of nationalism, race, and gender found in Brazilian samba and carnival. Souza was first introduced to cirque arts while researching Brazilian samba and capoeira in Salvador, Bahia in 2005. She specializes in aerial silks and trapezes, and teaches and performs a variety of dance cirque apparatus including samba, equestrian vaulting and flying trapeze.

Jenn Lessard is a Florida native who always had a passion for physical fitness and doing things outside her comfort zone. In 2014, she wandered into S-Connection just for “one” aerial fitness class and fell in love with the balance of strength and beauty that circus offered. The summer of 2015, Jenn performed her first act with the help and support of her coach/circus sister Corey Souza. When not doing circus, you can find Jenn on her porch playing ukulele and trying to perfect her Kombucha brewing skills.

Gryphon Wulfkil is a visual and performance artist. She is a graduate of NECCA’s Intensive Professional Program and San Francisco’s Clown Conservatory. She performs with and is an instructor at S-Connection Aerial Arts and also teaches puppetry building and performance workshops for children and adults with her partner, their quest being “to save the imagination.” She aims to create performance that incorporates visual art, storytelling, mythology, theatre, comedy, and human connection.

Mindy Miller is a self-proclaimed adventure junkie and a professional photographer at the University of Florida. When she doesn’t have a camera in her hand, Miller can often be found hanging from an aerial apparatus, kayaking the seas, or climbing mountains with her husband and two daughters. A native New Mexican and former gymnast, Miller discovered her passion for cirque arts in 2015 after S-Connection opened their doors in Gainesville, FL. 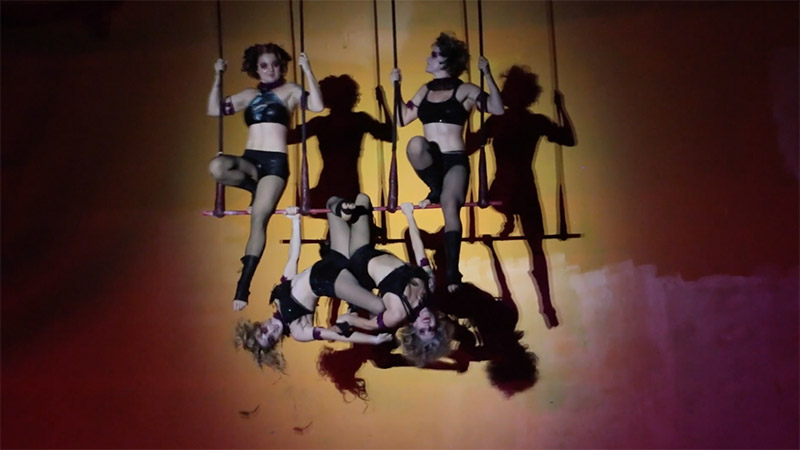