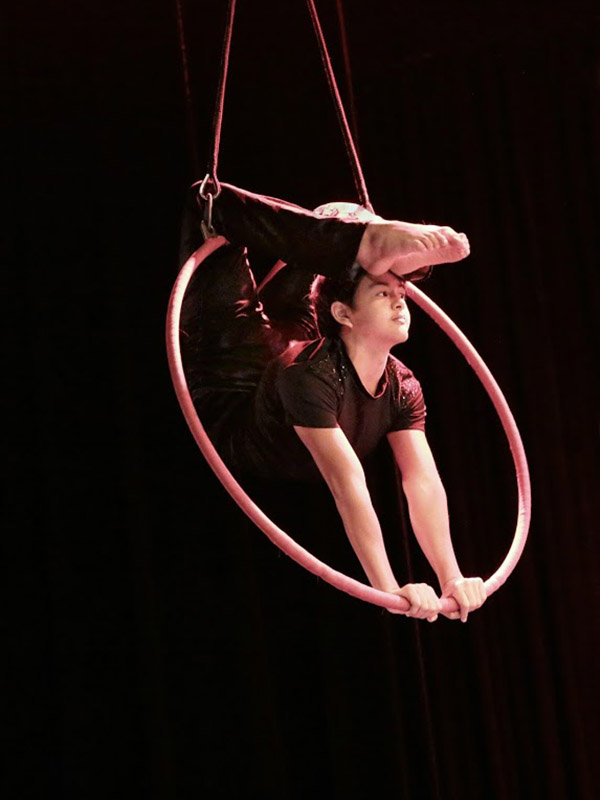 Chayton Davenport has been performing circus arts for the past nine years. Chayton took his first class at Samadhi Hawaii at the age of nine, training in silks, trapeze, and hoop. He started classes because his mother wanted him to. He did not enjoy it, but his mom wanted him to stick with it.  It got better when he learned how to climb the silks. He remembers going to a Cirque du Soleil Show in Disneyland when he was 10 years old, and the performers took him onstage in one of the skits. He loved it and from then on dreamt about being onstage.

Chayton was a part of Samadhi Hawaii Youth Company for about five years, performing regularly with the company shows, showcases, and community festivals.

Chayton is a graduate of Roosevelt High School in Honolulu, Hawaii. He will attend Kapiolani Community College in Honolulu where he will pursue a degree in computer sciences. 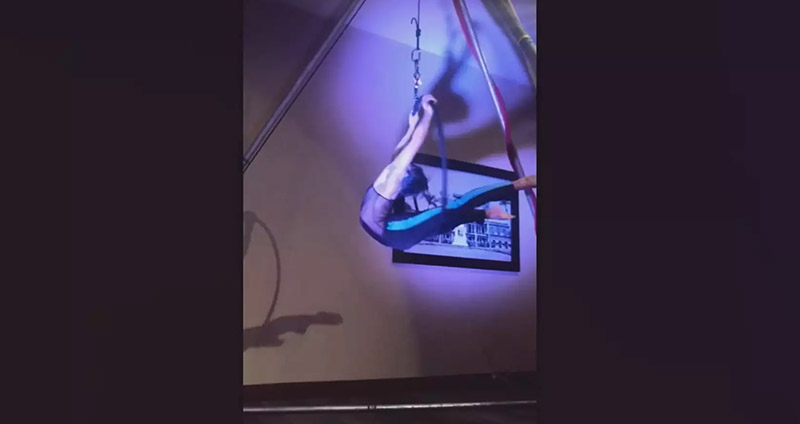 Samadhi Hawaii is an aerial dance company in Honolulu on the island of Oahu and has grown into the top cirque-style performers in the islands as well as a prospering aerial dance and acrobatic school that takes circus arts to a another level.

Samadhi Hawaii’s founder/director Andrea Torres’ career originally started far closer to the ground as a ballerina. However, when the chance came to perform as an aerial dancer in ‘Ulalena on Maui (by ARRA Montreal), she leapt at it and has been in the air ever since. After the Maui blockbuster, this flying dancer and yogini took the big leap in 2005 and formed her company with fellow performers Marcus Quiniones and Ana Prada. Since that humble beginning, Samadhi has become one of Hawaii’s most active dance companies, offering performances and a variety of classes for all ages. Samadhi Hawaii also serves as a bridge to the aerial dance world in the Pacific, having introduced aerial dance to Fiji (Oceania Dance Theatre) and to Western Samoa for the Commonwealth Youth Games Opening and Closing Ceremonies, Apia 2015.