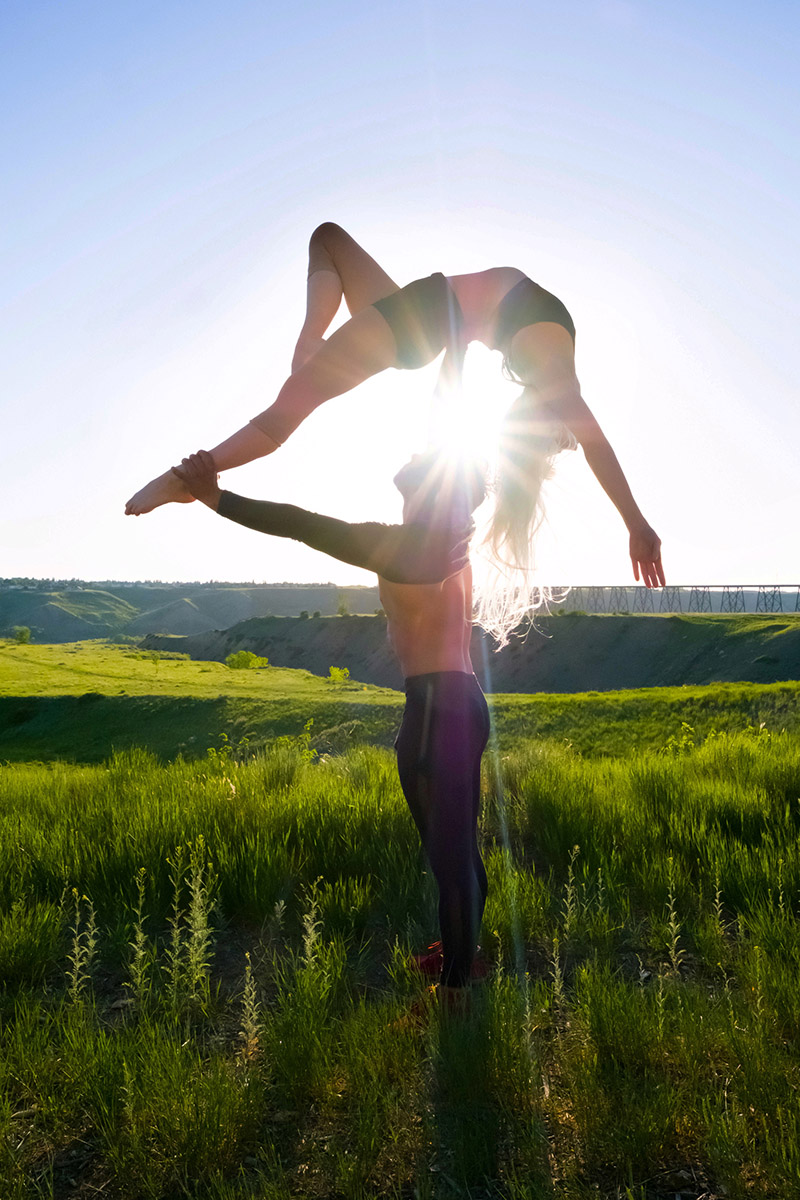 Gerardo and Spencer began training in circus arts together a year ago. Both have athletic backgrounds and are inspired by the extreme nature of circus and the physical boundaries the human body can surpass.

Gerardo began his training in circus arts four years ago, but had a strong foundation in taekwondo and visual arts as a springboard. With a strong desire to continue expanding his physical abilities, circus performance seemed like the perfect outlet to pursue. In addition to performing arts, Gerardo recently graduated with a B.Sc. in Biological Sciences.

Spencer started her performance career with a background in music and dance with an emphasis on ballet. She has trained at and received full scholarships to the Joffrey Ballet School in New York City, The National Ballet School in Toronto, and the Royal Winnipeg Ballet School. One year ago, Spencer was introduced to aerial arts, and her circus training began. When not training or performing dance and circus arts, Spencer is a pediatric registered nurse.

Gerardo and Spencer are extremely excited to showcase their act and love for performance to the Circus Star USA judges and audience this year.