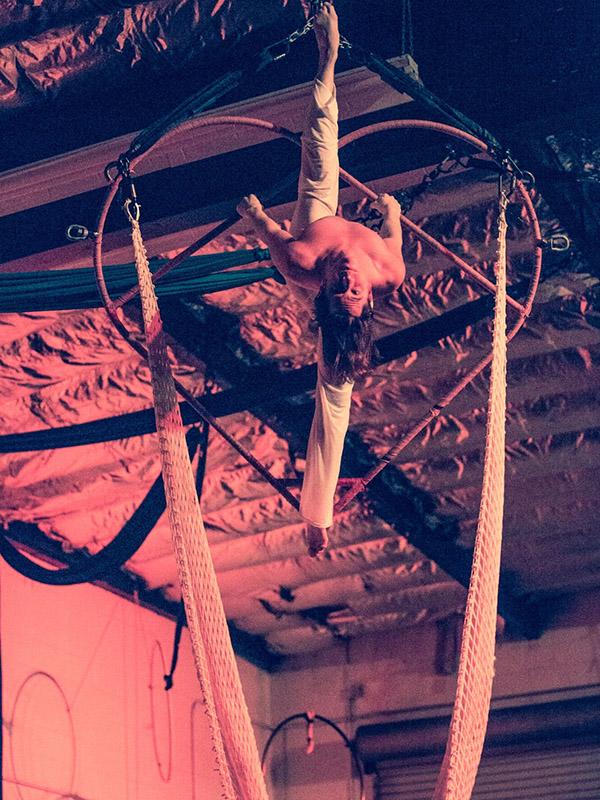 Jesse De La Cruz has been performing circus arts for 10 years. As a child, he went to many traditional circus shows and was always fascinated by the aerialists, acrobats, and trapeze flyers. When he was 10 years old, he saw the Cirque Du Soleil show Quidam, which inspired him to pursue a career in circus after retiring from gymnastics.

Jesse has been performing as an acrobat and stuntman at the Disneyland resort for the past six years. He has done stunts as high as 80 feet on a moving pirate ship and currently does gymnastics high bar out of a dinosaur’s mouth(!) on a moving float. Jesse also instructs at Aerial Revolution, SwingIt Trapeze, and UCSD and trains gymnastics and springboard/platform diving as a hobby.

In addition to competitive gymnastics, Jesse has competed in circus, placing first in the 2014 West Coast Aerial Arts Festival for both solo aerial net and duo aerial hexagon. He was also a finalist in the 2016 US Aerial Championships. Last year, he attended the Circus Star USA 2016 competition to cheer on some friends and was so inspired by the acts, competitors, and judges that he decided to audition for this year’s competition. (We’re glad he did!) 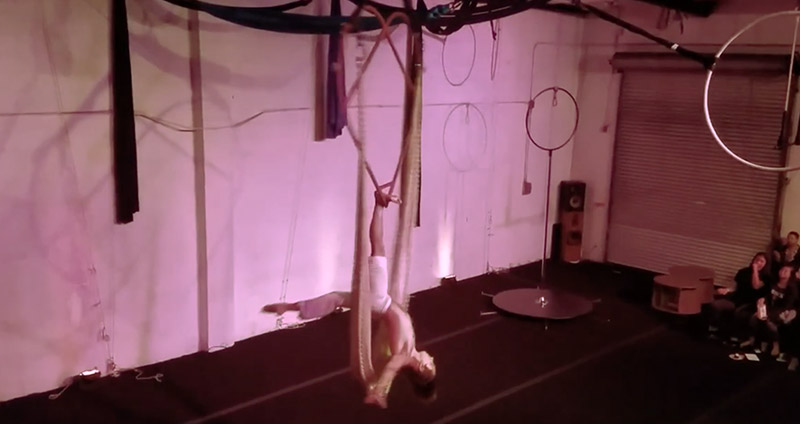