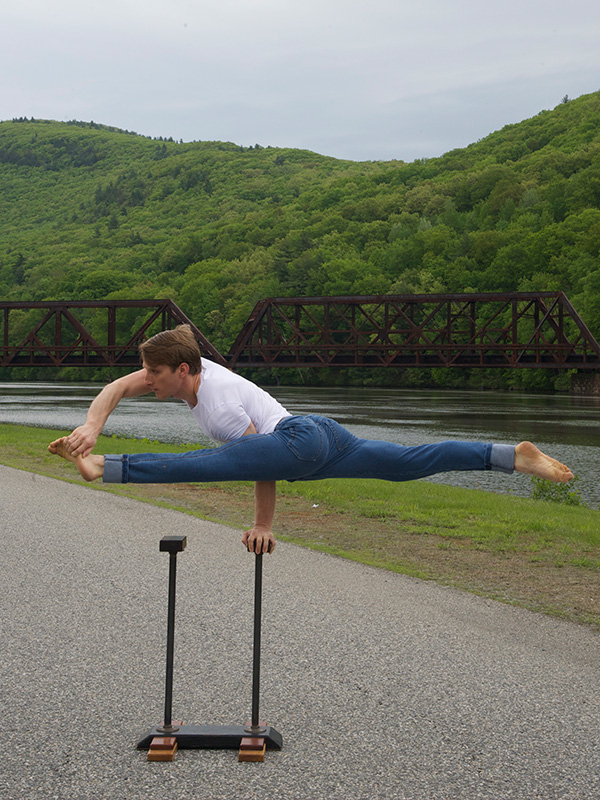 Style: playful, mischievous, whimsical, and above all, light

Joel is a handbalancer and cyr artist based in Boston, USA. He is currently performing intermittently aboard the MS Europa 2, the highest-ranked cruise ship in the world. After this, he’ll be heading to Dusseldorf, where he’ll perform his handbalancing act at Circus Roncalli’s Apollo Variété Theatre.

Joel performed previously with the national tour of the Tony Award-winning Broadway show Pippin with circus by Gypsy Snider of Les 7 doigts de la main. He has also performed with AIDA Cruises, where he was selected to perform on the maiden voyage of their new flagship, the company’s biggest and best. Some of Joel’s corporate clients have included Facebook, Hendrick’s Gin, Six Flags and Audi.

Teaching is Joel’s other great passion. Before running off to join the circus, Joel studied Education at Brandeis University, earning his teacher’s license. He has taught at such institutions as Circus Smirkus, Esh Circus Arts, and The Actors Gymnasium. Joel loves to teach and is always happy to meet new students.

A versatile performer, Joel is capable of performing in many different styles and moods. Among the roles he’s portrayed are an apathetic clown, speakeasy secret agent, a city-dweller lost in a magical garden, a dim-witted door boy, a jilted lover, and a leaf.