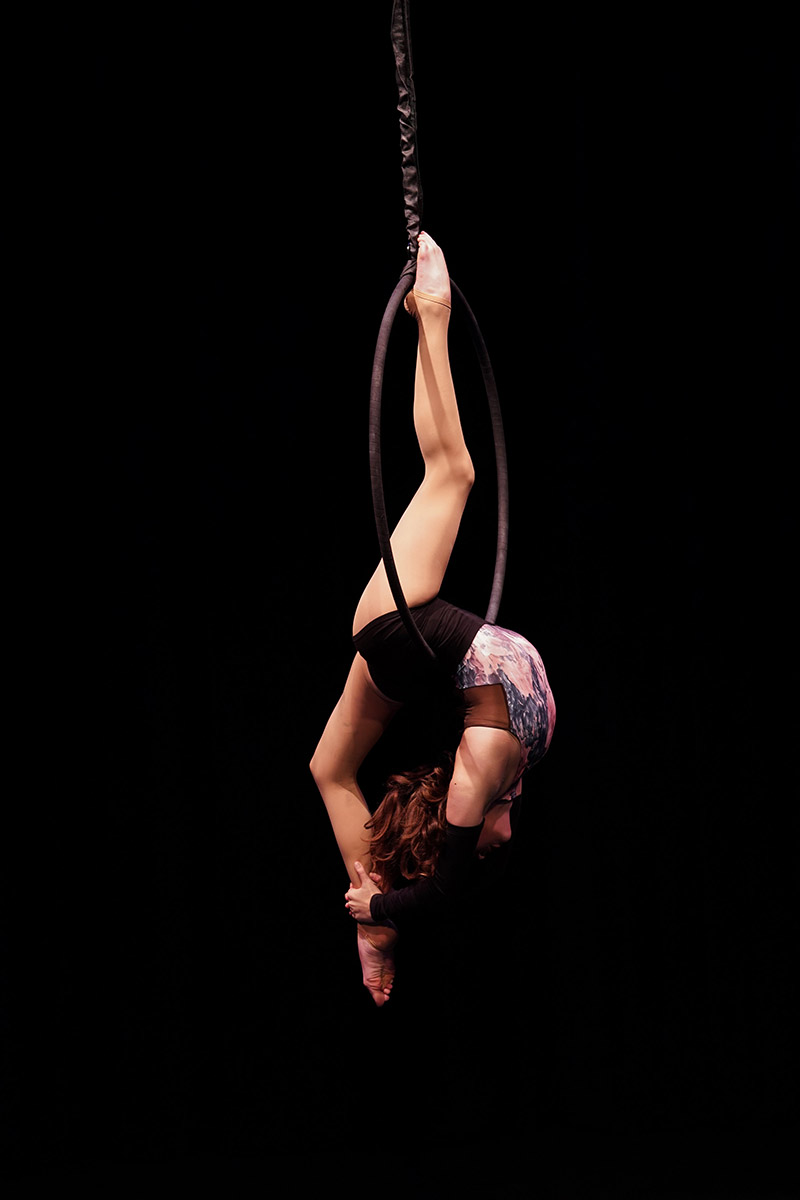 From a young age, Kalista Russell has loved performing. She found it was the perfect outlet for her creativity and loved how it pushed her to try new things. For the last seven years, Kalista has been performing circus arts. She specializes in aerial hoop, but has also trained on aerial rope, silks, and single point. She likes to incorporate a modern, contemporary style that accentuates the beats and rhythm of music. Kalista loves to spend hours listening to music and centers her performance style around it to create imaginative stories and acts.

Kalista currently trains at Trapeze Arts in Oakland, CA, but has spent a few summers training at the École nationale de cirque in their intensive summer camps. In addition to training and performing, Kalista has competed at several competitions over the years. Most notably, she won first place in the student division at VIVA Fest 2018, first place in level three of the Fog City Aerial hoop competition 2018, and first place in the advanced category of the Solent Aerial Competition in 2017.

Kalista is thrilled to have the privilege and opportunity to share her ideas and art with people through performance.