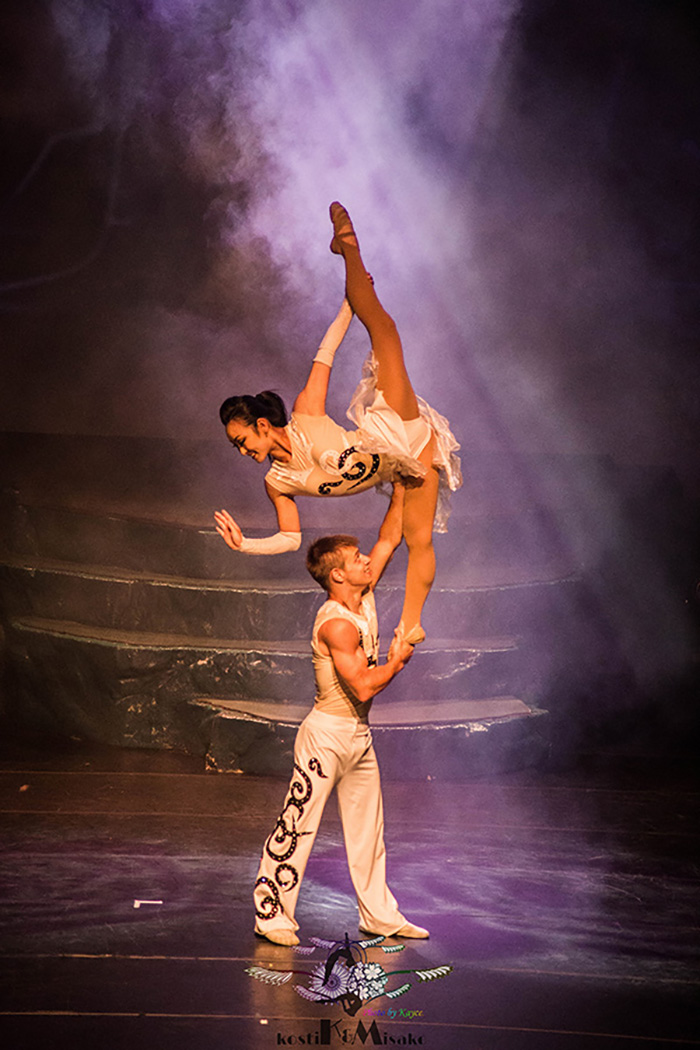 Style: power and passion combined to dance in the air

Konstantin and Misako have been performing together for the last three years. The duo met each other while in a circus company in Japan. They each wanted to create something new and decided to pair up to form a duo act, starting their circus life together.

Konstantin had been an artistic gymnast for 12 years when he saw his first Cirque du Soleil show, “Alegria”. The high bar act inspired him to join the circus. He has been performing circus arts such as flying trapeze, aerial straps, silks, acrobatic duo adagio, and tumbling for seven years. During his gymnastics career, Konstantin won first place with Still Rings at Championships in Russia, first place with All Around at Southern Russian Championships, and second place with All Around at Champion Cup Russia.

Misako was a rhythmic gymnast and dancer when she saw her first circus show. She knew instantly that she wanted to be a circus performer. She transitioned from her seven-year gymnastics career into circus arts, performing on flying trapeze, aerial straps, silks, lyra, static trapeze, Spanish web, and acrobatic duo adagio. She toured internationally, performing in Japan, Indonesia, Malaysia, Thailand, Spain, and Taiwan. As a gymnast, Misako placed first with All Around at Fukuoka Prefecture Championships (Rhythmic Gymnastics).

This duo is currently performing together in Taiwan at a theme park. They are excited to perform their powerful, strong, and loving act for the first time in the United States for Circus Star USA 2018!