Maedya Kojis was born into a sideshow family and began performing in theater and fire shows as soon as she could walk. Her mother is a fire performer and does a variety of sideshow acts. Maedya wanted to be just like her when she was younger, but her mother told her she was born to be under the big top. After seeing Ringling Bros. and Barnum & Bailey Circus as a toddler and proceeding to watch all the Cirque du Soleil shows on VHS, her mother enrolled her at Xelias Aerial Arts when she was 5 years old. She instantly fell in love with aerial arts and has been passionate about circus ever since.

Maedya recently started dance classes, which have opened her eyes to the endless styles of movement she may incorporate into her aerial routines. She’s excited to continue refining her artistic style as her dance skills progress. She also finds inspiration through music and art, which often evoke feelings she is compelled to release through performance.

Maedya has been touring with Circus Smirkus for the past five summers and just returned from her fifth and final tour. She is a freshman at the University of Minnesota Twin Cities, where she’s excited to be studying psychology as well as visual arts and dance. 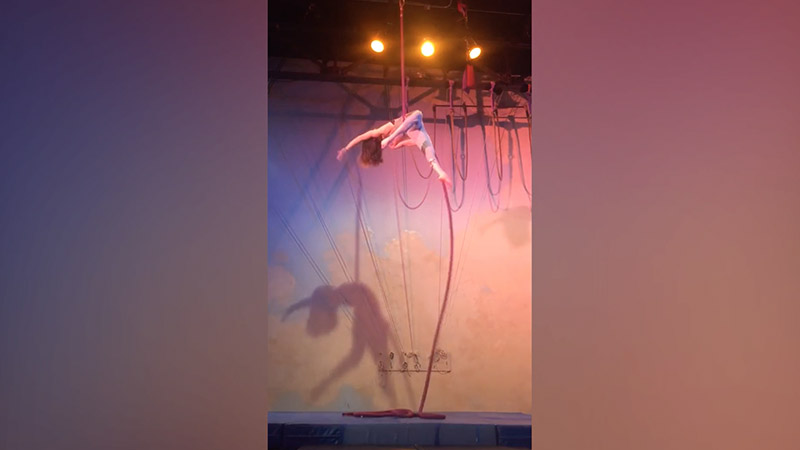