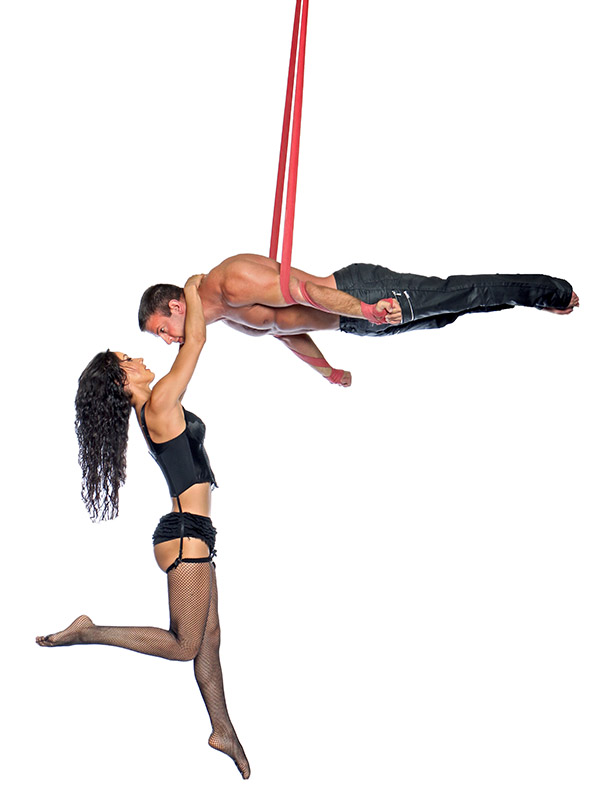 Omri and Paulina met in 2014 when Omri attended an open gym at the studio where Paulina taught. They quickly became best friends and in 2015 began seriously pursuing a career as a straps duo with the goal of creating something unique and special together.

Omri and Paulina both come from highly athletic backgrounds, though they discovered circus in different ways. Omri competed in international bobsled and skeleton competition for seven years and was a nationally ranked swimmer. After retiring from bobsled competition following the 2010 Vancouver Olympic Games, Omri was looking for a new athletic outlet. His best friend showed him the finale duo straps act from the “World’s Away” film, and he was enthralled. From that moment, his goal was to train towards being the best duo straps artist possible with the same focus and drive that brought him so far in bobsled.

Paulina competed in karate and subsequently in dance, where she performed with a professional dance company for a number of years. She first heard about circus through an audition for an aerial dance company in Portland. She auditioned, was accepted, and was immediately hooked on circus arts. She quickly became one of the company’s principal members and has since moved on to focus on her duo work.

Aside from their primary career focus as performers, Omri and Paulina teach workshops and classes together. Paulina also helps coach and choreograph for a youth aerial company, while Omri is an accomplished animal trainer and behaviorist and has trained and consulted for clients around the world including celebrities, royalty, the FBI, and the US Military Working Dog program.

Watch a clip from Omri and Paulina’s straps audition video 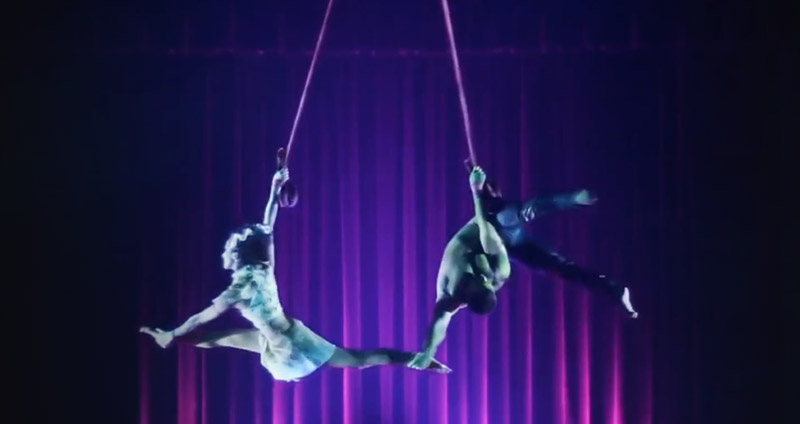